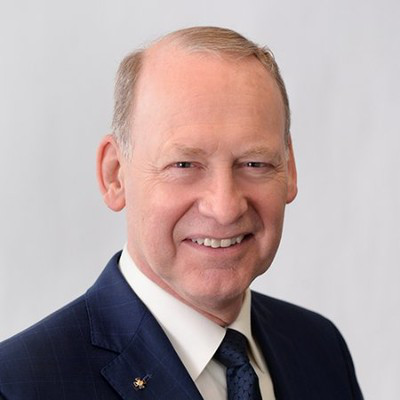 Jake’s career of over five decades has spanned studies in theoretical astrophysics as a Rhodes Scholar at Oxford University to almost 30 years in Canada’s Navy (from the Collège Militaire Royal and Royal Military College to ships at sea, to engineering, major programs and shipbuilding and shipyards ashore, and a military diplomatic posting abroad). HIs more recent career has included senior positions in UK and Canadian industry, and at the Assistant Deputy Minister level in the federal government. He is currently a Director on the Board of Babcock Canada, part of a global company with interests in the marine, defence and aerospace, and nuclear sectors.

Jake’s interests in autism stem from his marriage to the dynamic Suzanne Jacobson, and their experience with their two grandsons, each of which is on the spectrum. They learned early on the inestimable value of early identification and early intervention, leading to their founding of the QuickStart – Early Intervention for Autism charity. This in turn led to working with Suzanne and her colleagues to form the QuickStart Early Years Partnership, an agency supporting Ontario’s Caregiver-mediated Early Years Program initiative, part of a new Ontario Autism Program for which the charity had long advocated. Jake supports the QEYP agency as a Senior Program Advisor, and as a Director on the Board.